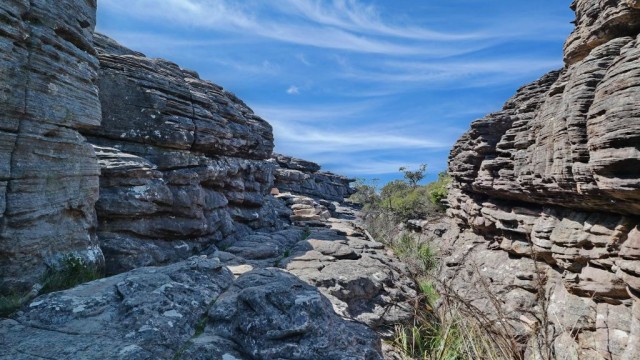 The inland alternative road trip from Melbourne to Adelaide

The drive from Melbourne to Adelaide is only eight hours. That makes it the shortest drive between two Australian capital cities. Well, it's the shortest so long as you don't count Canberra. So, we won't. And eight hours makes for a perfect day of sightseeing along the way.

We all know that what drives out must drive back. Sure, the Great Ocean Road has some amazing scenery, but you can make a loop drive from Melbourne to Adelaide using the equally amazing inland route. And you'll tour goldfields, learn about civil uprisings, watch saltwater crocodiles feed, marvel at national park mountain tops, be mesmerized by aboriginal rock art and sample some of the country's finest wines along the way. This alternative road trip brings you to some of Australia's hidden gems!

Ballarat, Victoria, was once a dusty old village made of tents. Then gold was discovered in the middle of the 19th Century. Those seeking riches descended upon the town from all over the world and the gold quickly brought opulence to town. Its streets are now lined with majestically ornate buildings.

Museums abound in this historic town. The Gold Museum tours you through the gold rush with artefacts of a bygone era while the town's lavish art gallery hints at Ballarat's affluent past. But it's nothing compared to what awaits you at Sovereign Hill.

Suspended in time, the recreated gold rush town of Sovereign Hill sits just outside of Ballarat. Stroll the streets while interacting with costumed ladies and gentlemen in character, venture underground to see a real gold mine or take a horse carriage ride down Main Street. Everything is presented to you as it was in 1851 when the gold rush transformed the town of Ballarat.

You don't have to venture to Tasmania to catch a glimpse of the elusive Tasmanian Devil. Instead, you can simply visit the Ballarat Wildlife Park during your alternative road trip from Melbourne to Adelaide. The park contains Tasmanian devils, kangaroos, koalas, wombats, eagles, giant tortoises, crocodiles and alligators. You can even catch a live display of a saltwater croc's powerful eating habits each afternoon. It's a great way to ensure that you don't miss out on any of Australia's curious critters while down under.

Inland Australia conjures up images of dry deserts, but Mackenzie Falls will blow away those inland expectations. This waterfall stands 35-meters tall and roars with power. It'll make you wonder where all the water is coming from especially after the 1.8-kilometer loop trail. You'll walk through razed desert covered in Kangaroo Tail plants that only grow after a bushfire before descending to the lookout platform. And it's all in the gem of West Victoria -- Grampians National Park.

The peaks of the Grampians National Park tower over the dry land of West Victoria. The air gets cooler and the land grows greener as you rise in elevation. Walking tracks carve their way through the park to take you to bubbling creeks, refreshing waterfalls and colourful wildflower displays. You'll also get panoramic views of the Victorian countryside. But perhaps the most remarkable thing about the park is the Aboriginal rock art.

Home to over 86% of the Aboriginal rock art in Victoria, Grampians National Park allows you to get up close and personal with some of the oldest known pieces of art in the world. You'll be able to see campfires, stone tools and cave drawings at different sites throughout the park. The Australian Government acknowledges that Aboriginal tribes own Grampians National Park, and, due to that acknowledgement, some of the rock art sites are closed for religious purposes. 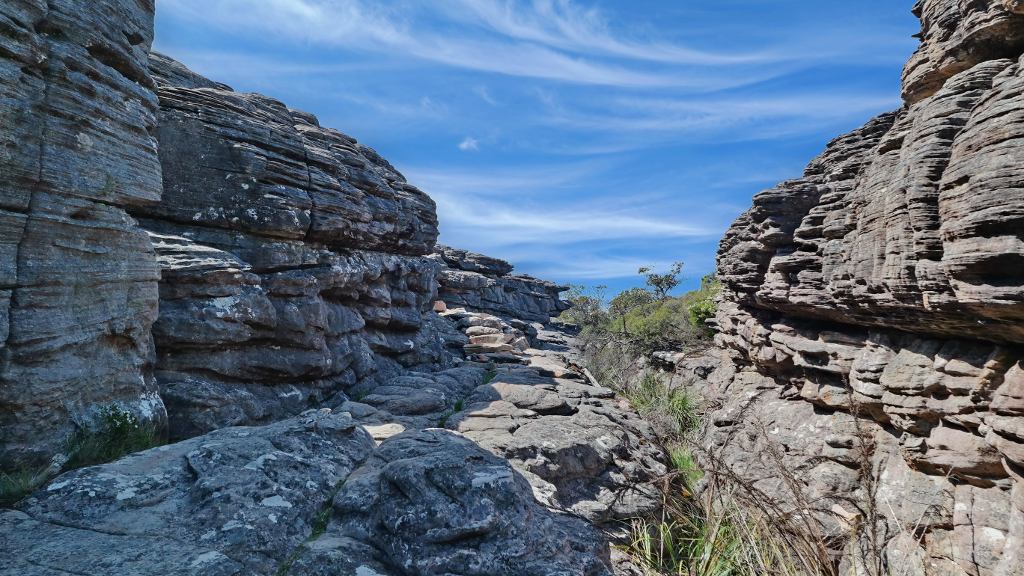 Hamilton, Victoria, is known as the "Wool Capital of the World." That claim may or may not be true, but Hamilton does have quite a woolly history. Sheep grazing still takes place today to fuel the town's economy. And Hamilton is worth a stop even if you're not interested in wool because of its art gallery. The town's gallery hosts some of the finest colonial art pieces in Australia and has a beautiful botanical garden, as well.

The final stop for your alternative road trip from Melbourne to Adelaide is the red wine centre of Coonawarra, South Australia. Due to rich limestone deposits in the soil, Coonawarra is one of the best places in the world to grow wine grapes. The Cabernet Sauvignon is particularly delicious with plum and blackcurrant flavours. You'll also find local Chardonnay, Riesling and Sauvignon Blanc at the many wineries in the area. It's a particularly beautiful and romantic place to hunker down for the night after a few glasses.